Remembering Will Eisner by Neil Gaiman 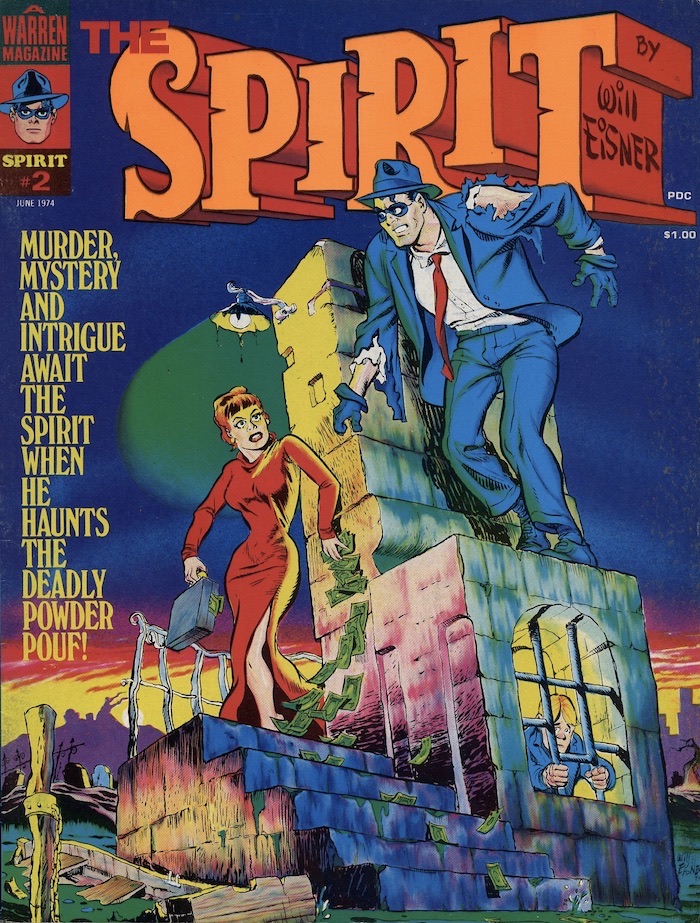 Will Eisner's The Spirit
NEIL GAIMAN:
It isn’t yet easy or comfortable for me to write about Will Eisner. He was too important, and writing this reminds me how much I miss my friend Will Eisner. Rereading his stories reminds me that I miss Will Eisner the storyteller, the craftsman, the dreamer, the artist.

When Will died in 2005, he was as respected and as revered around the world as he would let us respect and revere him. He was a teacher and an innovator. He started out so far ahead of the game that it took the rest of the world literally 60 years to catch up.

Will’s life is, in miniature, a history of American comics. He was one of the very first people to run a studio making commercial comic books, but while his contemporaries dreamed of getting out of that ghetto and into more lucrative and respectable places - advertising, perhaps, or illustration, or even fine art - Will had no desire to escape. He was trying to create an artform.

In seven pages - normally less than 60 panels - he could build a short story worthy of O Henry; funny or tragic, sentimental or hardbitten, or simply odd. The work was uniquely comics, existing in the place where the words and the pictures come together, commenting on each other, reinforcing each other. Eisner’s stories were influenced by film, by theatre, by radio, but were ultimately their own medium, created by a man who thought that comics was an artform, and who was proved right.

There are arguments today about whether or not Will was actually the first person to coin the term “graphic novel” for his 1978 book of short stories A Contract With God, the book that kicked off the third act of his creative life. There are far fewer arguments about what he actually did in the 1940s with the The Spirit stories, or about the influence he had on the world of comics throughout his creative life.

I’ll step forward here: I bought my first copy of The Spirit in 1975, in a basement comics shop in south London. I saw it hanging on a wall and knew that, whatever it was, I wanted it. I would have been about 14. Reading it on the train home, I had no idea that the stories I was reading were 30 years old. They were fresher and smarter than anything I’d seen in comics – stories that somehow managed to leave out everything that wasn’t the story, while telling wonderful tales of beautiful women and unfortunate men, of human fallibility and of occasional redemption, stories through which the Spirit would wander, bemused and often beaten up, a McGuffin in a mask and hat. I loved The Spirit then. I loved the choices that Will made, the confidence, the way the art and the story meshed. I read those stories and I wanted to write comics, too.

Two or three years later I stopped reading comics, disappointed and disillusioned by the medium as only a 16-year-old can be, but even then I kept reading The Spirit. I read those stories with unalloyed pleasure and when, as a 25-year-old, I decided it was time to learn how to write comics, I went out and bought Will’s Comics and Sequential Art, and pored over it like a rabbinical student studying his Torah.

And then time went on and all of a sudden, I was writing comics.

After becoming a comics-writing person, I met Will on many occasions, all over the world. I remember watching him receive an award for lifetime achievement in Germany - the thrill of seeing a thousand people on their feet and clapping until their hands hurt and carrying on clapping! He looked modestly embarrassed, while his wife Ann beamed like a lighthouse.

The last time we met was on the north coast of Spain, where the world fades out into a kind of warm autumnal haze. We spent almost a week together - Will and Ann and comics creators Jaime and Koko Hernandez, and me - a tight-knit group of people who spoke no Spanish. One day Ann and Will and I walked down along the edge of the sea. We walked for a couple of miles, talking about the history of comics and the future of the medium, and the people Will had known. It was like a guided tour of the medium we loved. I found myself hoping that when I got to be Will’s age I could be that sharp, that wise, that funny.

This is an edited extract from two essays in A View from the Cheap Seats (2017) by Neil Gaiman.

Email ThisBlogThis!Share to TwitterShare to FacebookShare to Pinterest
Labels: Neil Gaiman, Will Eisner