Eric Drooker's drawings and posters are a familiar sight in the global street art movement, and his paintings appear frequently on covers of The New Yorker. Born and raised in New York City, he began to slap his images on the streets as a teenager. Since then, Drooker's reputation as a social critic has grown, and has led to countless editorial illustrations for The Nation, The New York Times, The Progressive etc. His first graphic novel, Flood! A Novel in Pictures won the American Book Award, followed by Blood Song, soon to be a major motion picture. After designing the animation for the film, Howl, he was hired by DreamWorks Animation. 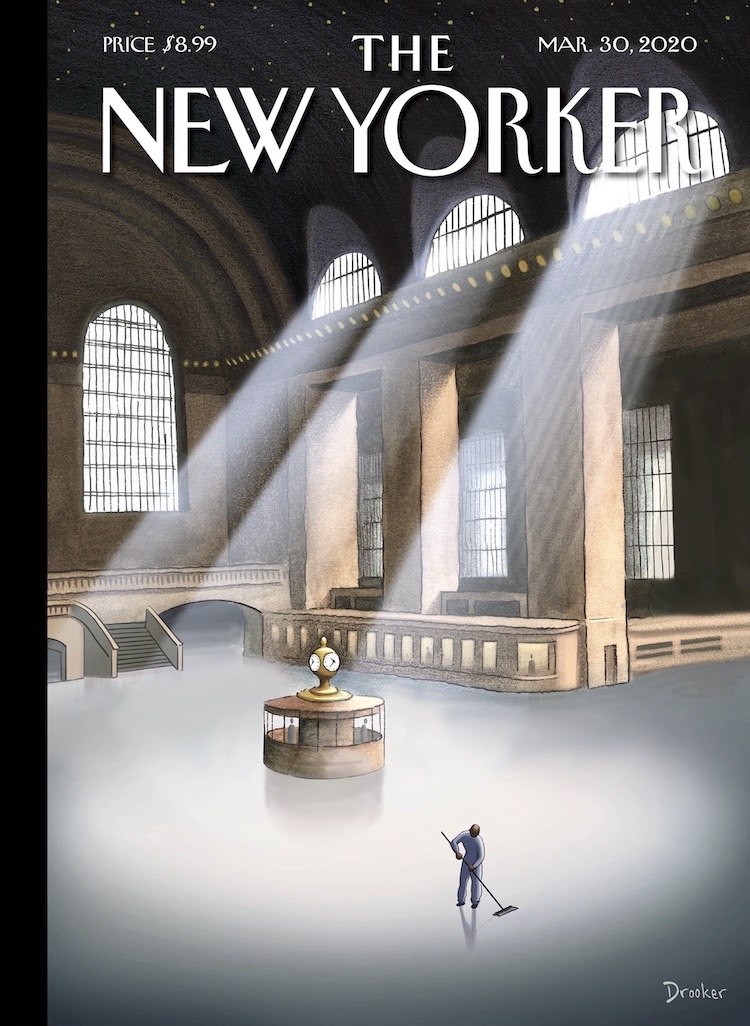 TNY: This image evokes the public art created under the Works Progress Administration, during the Great Depression. Has the pandemic changed your notions of what public art should look like in times of crisis?

ERIC DROOKER: I always loved the public art of the nineteen-thirties. I’m drawn not only to the democratic aesthetic of the W.P.A. but to the very concept of public works. During the New Deal, the U.S. government actually hired artists to create grand works in public places. And the experiment was hugely successful; it gave relief to thousands of Americans—and meaning to millions—and helped pull the country out of the Great Depression. In recent decades, concepts such as “public space” and “public health” are often branded as socialist, but many of my images are influenced by the art of that era.

Are there artists whom you turn to for solace in times of upheaval?

Francisco Goya immediately comes to mind; I find myself returning, in times of tumult, to his etchings. Pieter Bruegel, James Baldwin, and, recently, Emil Ferris have helped me through many a long, dark night. And I’m as inspired as the next guy by Bill Shakespeare. He’s thought to have written some of his best plays (“King Lear,” “Macbeth”) while the theatres were closed during an outbreak of bubonic plague.

What has been your main source of news for the pandemic?

I read a wide variety of newspapers, and especially the foreign press, which generally gives a more nuanced, rounded, and relevant picture than U.S. media. 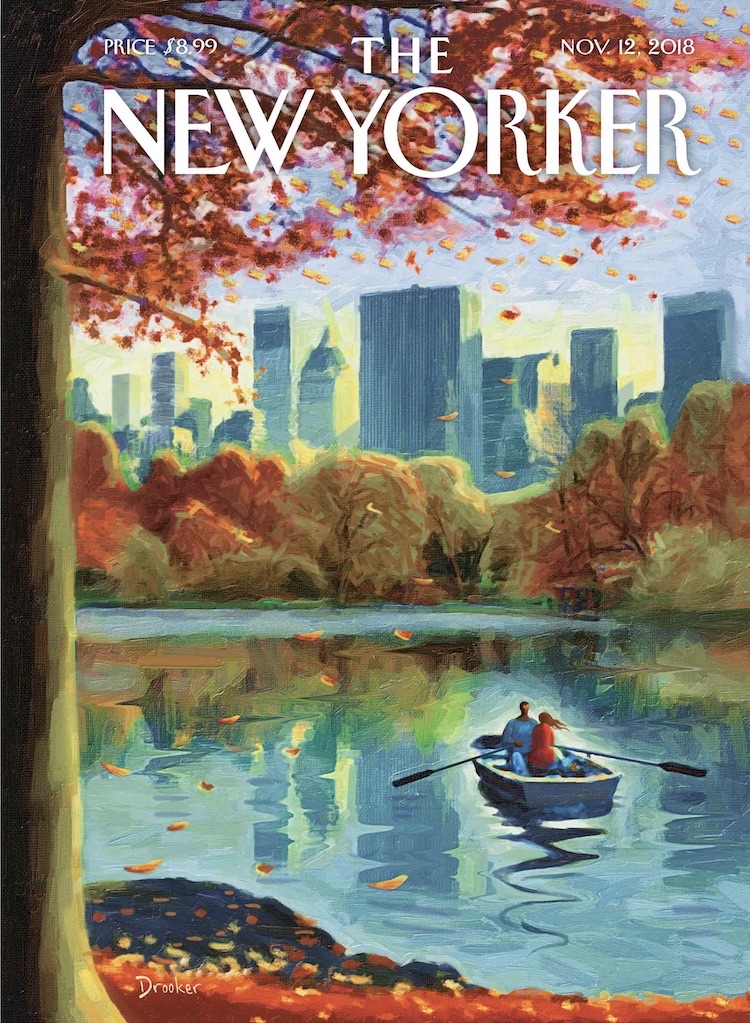 You grew up and went to school in New York. Were you often in Central Park?

I lived downtown, and so as a kid spent far more time in Tompkins Square Park, but my family went up to Central Park frequently. I have many vivid memories of exploring it with friends and my little brother.

Has the park changed for you over the decades?

Thankfully, no. The zoo was rebuilt some years ago; a slight improvement, I’d say. (The old zoo of my childhood felt like visiting animals in jail.) Of course, the surrounding metropolis, once so wild and teeming with life, has been tamed, defanged, and now feels utterly suburban. But the park is an oasis frozen in time.

What does fall in New York recall for you?

Fall is my favorite season. The city’s towers are gray and sombre, but once you step into the park the autumn leaves put on their bright, spectacular show.

Who are your influences, in terms of artists who render urban landscapes? 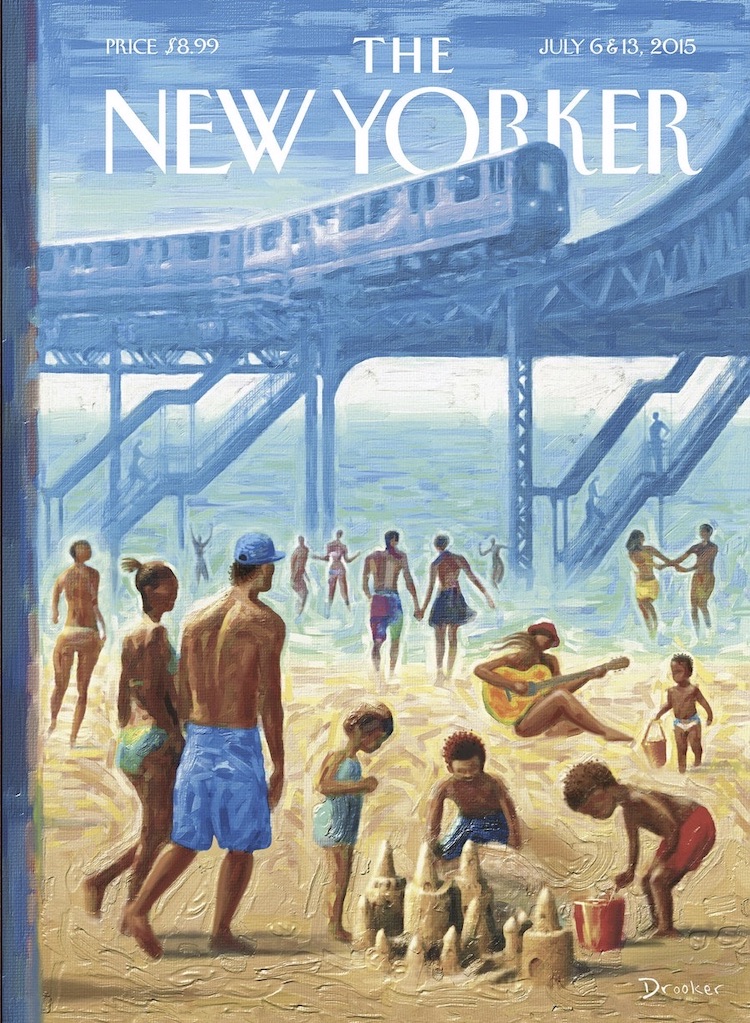 I’m attached to Rockaway Beach: school teachers often took us there on class trips. It’s so easy to get to: simply take the A train all the way to the end of the line. Of course, the elevated subway doesn’t literally run in the water, but as a kid it felt that way. When Hurricane Sandy hit in 2012, the entire neighborhood was submerged and thousands became homeless overnight. FEMA and the Red Cross were late to respond; parts of Rockaway remained without electricity for several months. 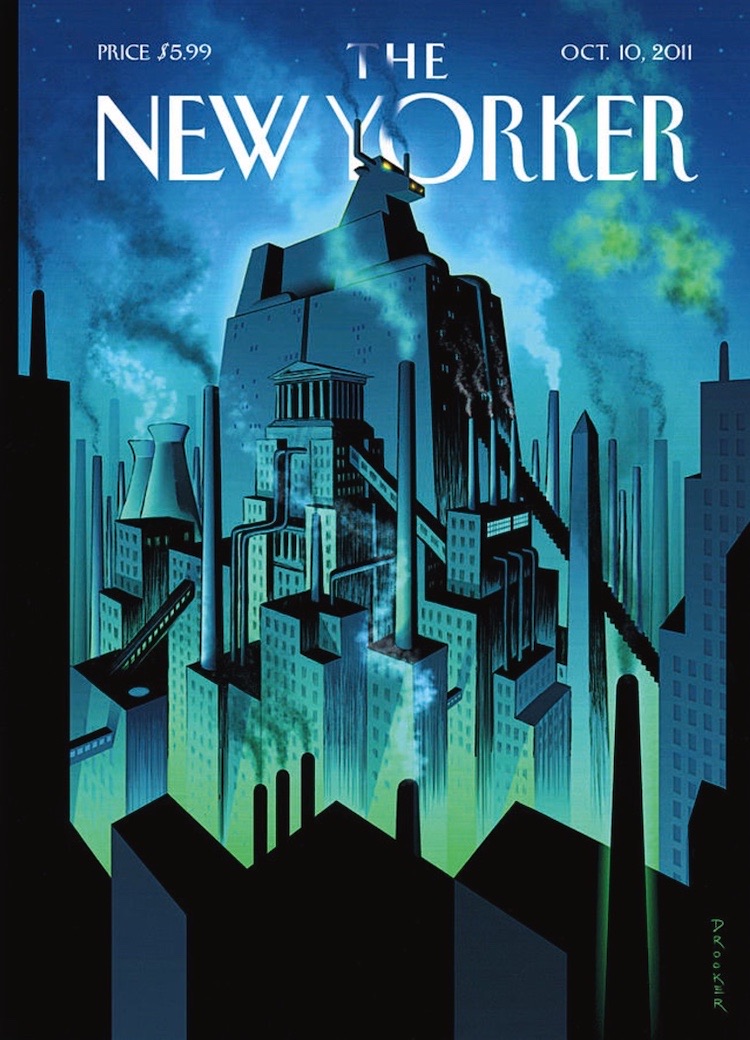 There’s this growing crowd of mostly young people down there right now, who camp out. Manhattan Island has become more and more an exclusive place for the super wealthy, or the super corporations - and a hostile place for people to live, not just for the working class, but even for the middle class. The city has become this monolithic cathedral to money. 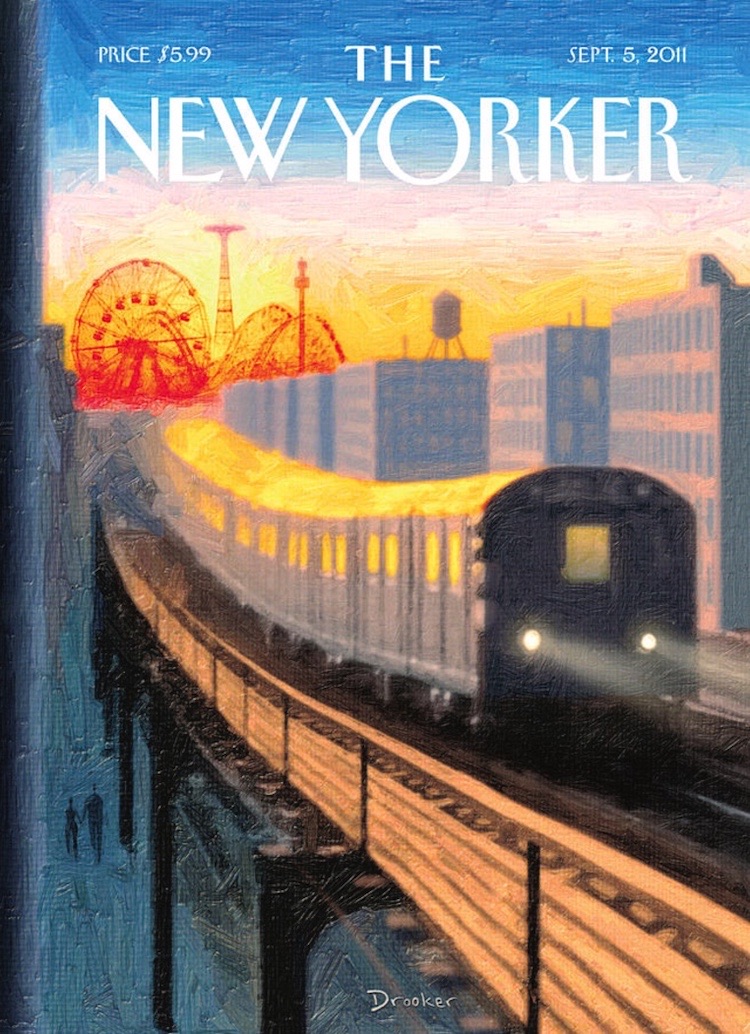 Coney Island is probably my favorite spot remaining in the city... a surreal dreamland, with its original, ethnic character. It has a seedy, kind of dangerous quality - it’s the underbelly of American culture, the unconscious.