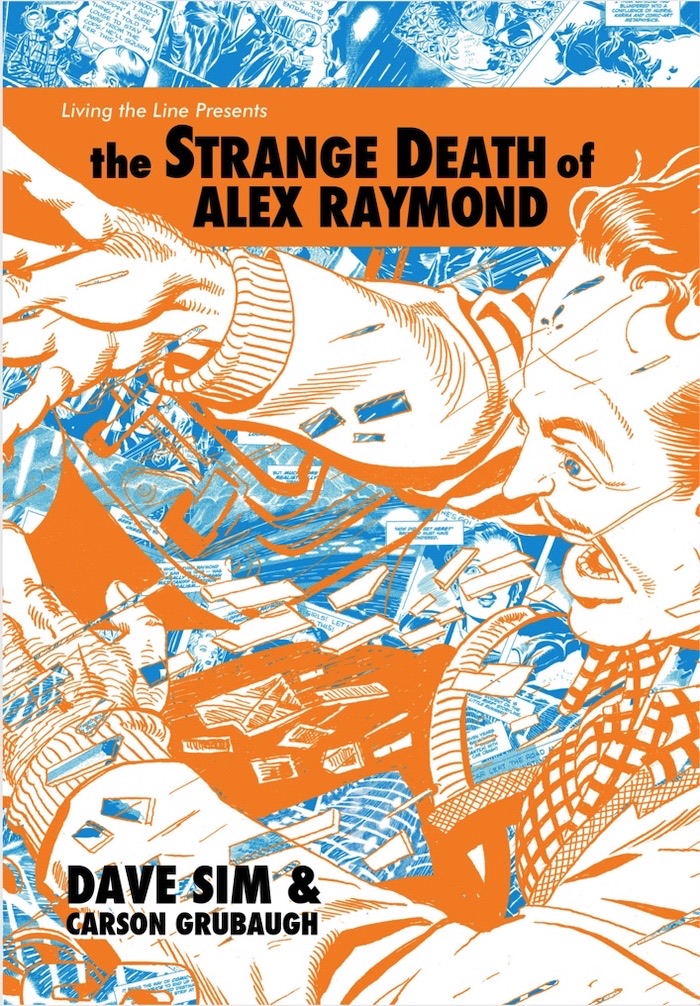 EDDIE CAMPBELL:
(from the forward to The Strange Death of Alex Raymond, 2021)
As a ten-year old, from the first time I saw Jack Kirby's signature on a comic, I was more interested in what the artist was doing than in the actions of Thor or any of the characters. Which is not unlike saying that a normally intelligent person would be more interested in what the Beatles were doing than in what Sgt. Pepper was up to. I followed Kirby's lines and shapes and figures around the page, and off the page. In later years my own comics have often been about artists and what they do and so I am drawn immediately to this one by Dave Sim.

Sim's subjects were the artists of what we call the photorealist style. The comics orthodoxy has tried to sideline it, but there has been a small revival of interest in the style. A history of it exists, but not all in one place, or in a book. Sim marks out the parameters for us, drawing himself as a cold case curmudgeon in a gallery, giving us an open-ended shaggy dog story that outlines a mystery, unsolvable at this late date. He circles around it in ever constricting manoeuvres into a subatomic world of artists feuds and jealousies and affairs and brushed inclines, taking apart the panels of old comics, copying them and delving into them for meaning. 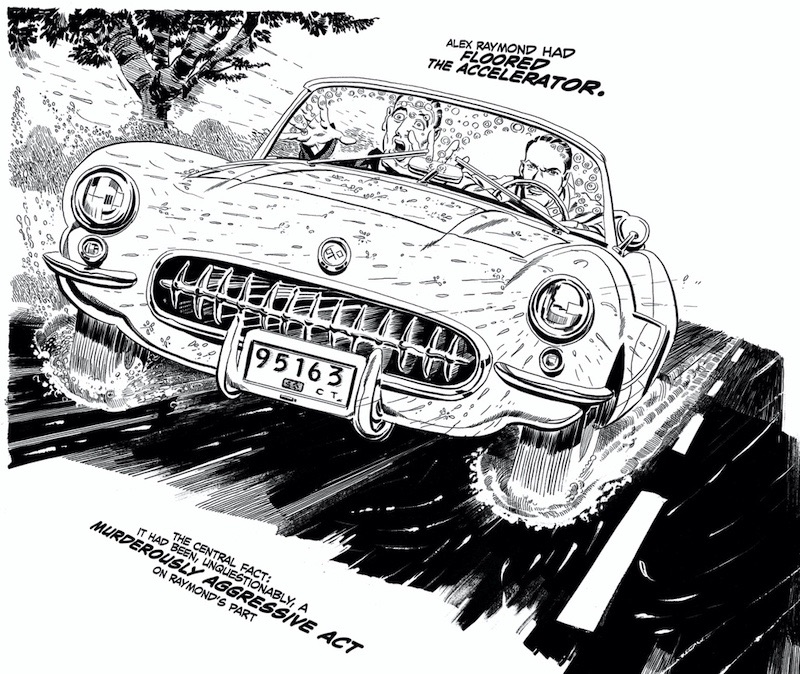 It's like the great English novel Tristram Shandy, in which every manner of digression keeps the narrator from arriving at the moment of his own birth. In this one, life is at its other end, with artists Alex Raymond and Stan Drake suspended in midair in a doomed sports car, a microsecond from catastrophe while Dave Sim ponders matters metaphysical, mechanical, conspiratorial, and art-historical. To say that it is all about the travelling and not the arriving could be considered a bad taste joke.

Sim was not content to evaluate this peculiar corner of art until he himself had mastered its technique, so he has thrown out all of his material prior to the instant of mastery, those situations and ruminations that we are certain we saw in the published part-issues and wonder why they've been ruthlessly culled. He was a pen guy in the 1990s when he and I crossed each other's paths several times, and now he masters the brush, like some ancient philosopher-calligrapher. And if he doesn't like me putting the thoughts in his balloon, I can only say that's what he's been doing with Alex Raymond, Stan Drake and the rest. All of them late, very. The obsession kills the obsessor. The book must not end. 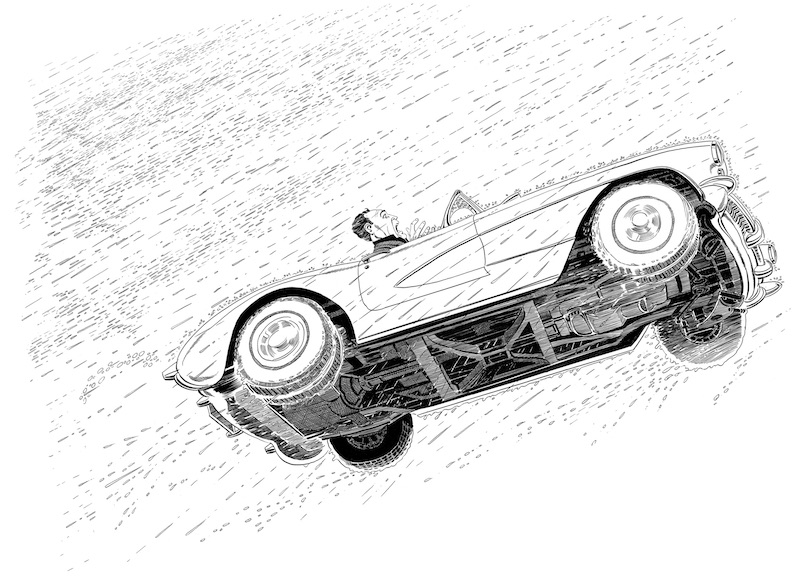 Eddie Campbell is the celebrated creator of Alec and Bacchus, and collaborator (as artist) with Alan Moore on From Hell. His recent book The Goat-Getters explores the early years of the newspaper strip.

Dave Sim is the creator of Cerebus The Aardvark, a groundbreaking, 300-issue, monthly, self-published comic, which he completed with background artist Gerhard, between 1977 and 2004.