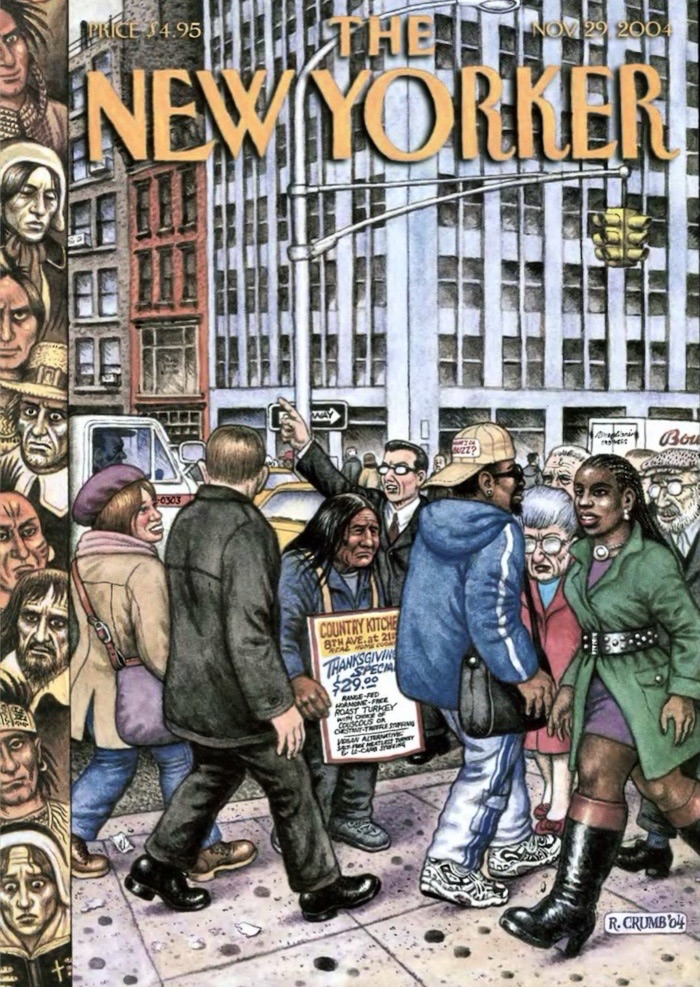 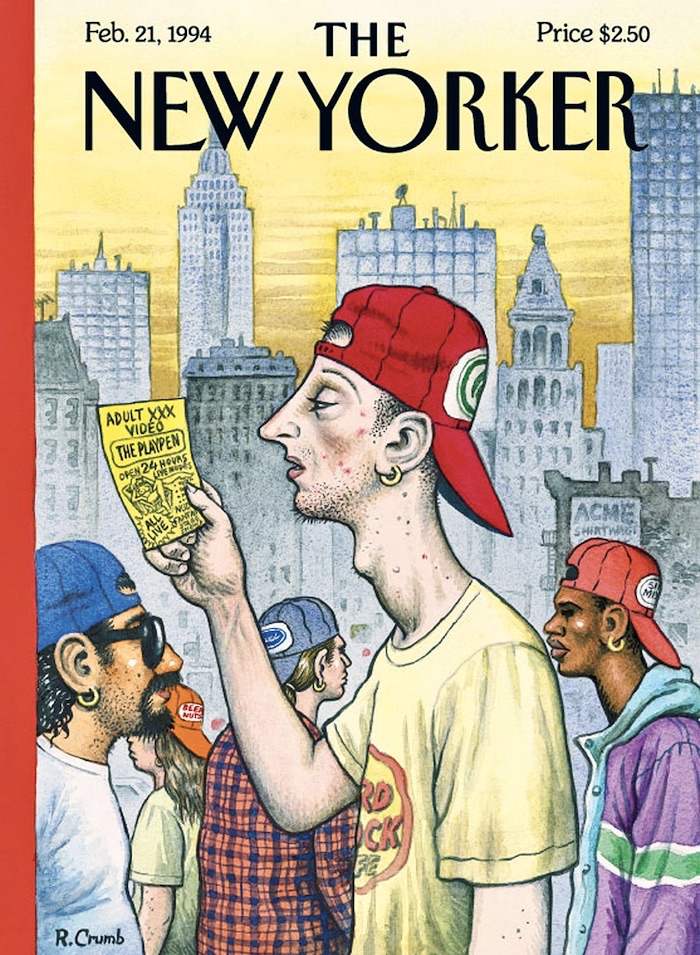 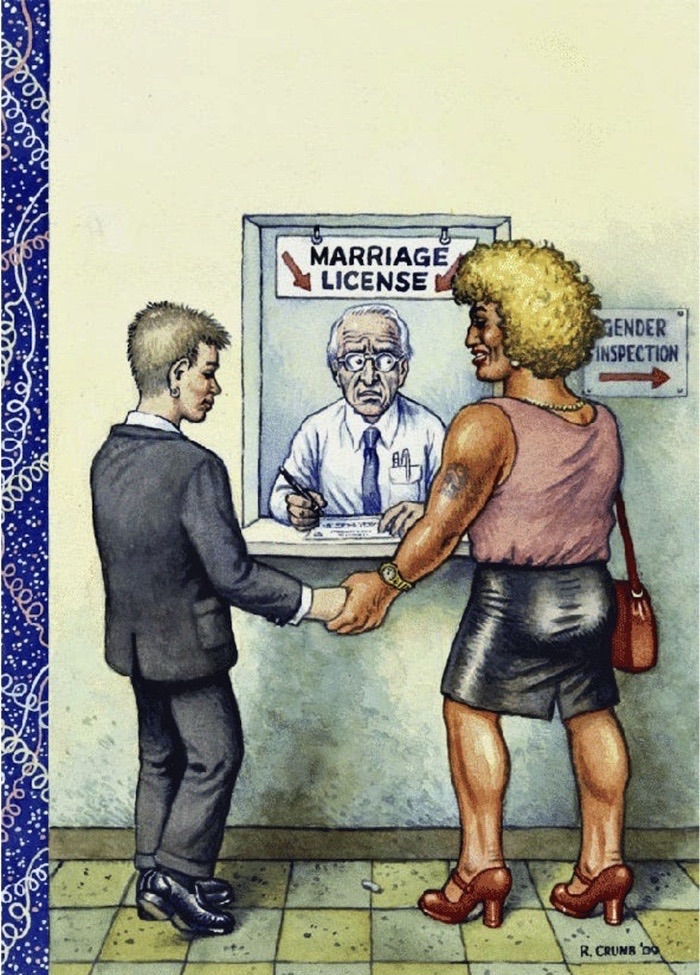 Gay Marriage
A rejected New Yorker cover, 2009
art by Robert Crumb
ROBERT CRUMB:
(from The Gayest Story Ever Told, Vice, November 2011)
It was suggested to me by the cover editor of the New Yorker that I make a cover for an issue to come out in June 2009. As it was a hot issue at the time, it was suggested that perhaps I could do a cover about gay marriage, which I then proceeded to do. Later, the cover editor explained to me that the chief editor, David Remnick, went back and forth, first accepting my cover design, then rejecting it, then accepting it, then rejecting it. This went on for many months. I heard nothing for a long time. Finally, the artwork was returned to me without explanation, nor was an explanation ever forthcoming. Remnick would not give the reason for rejecting the cover, either to the cover editor, or to me. For this reason I refuse to do any more work for the New Yorker. I felt insulted, not so much by the rejection as for the lack of any reason given. I can’t work for a publication that won’t give you any guidelines or criterion for accepting or rejecting a work submitted. Does the editor want to keep you guessing or what? I think part of the problem is the enormous power vested in the position of chief editor of the New Yorker. He has been ‘spoiled’ by the power that he wields. So many artists are so eager to do covers for the New Yorker that they are devalued in the eyes of David Remnick. They are mere pawns. He is not compelled to take pains to show them any respect. Any artist is easily replaced by another. Fortunately for me, I do not feel that I need the New Yorker badly enough to put up with such brusque treatment at the hands of its editor-in-chief. The heck with him!
at June 12, 2021